18 August 2021, Dushanbe – The Food and Agriculture Organization of the United Nations (FAO), in close cooperation with Tajikistan’s Ministry of Agriculture, provided seeds of white bean, mung bean, maize, carrot, and cucumber to flood-affected farmers in the south-western part of the country.

This critical livelihood support aims at safeguarding the incomes of vulnerable rural households to ensure the immediate restoration of agriculture production affected by the 2021 floods and mudflows. With FAO's emergency support, those affected can have the means and capacity to produce the food needed, secure some income from the second harvest season, and build resilience against future shocks.

The initiative reached more than 787 households and around 312 dekhkan (individual or family) farms, cultivating 850 ha of arable land in Kulob, Vakhsh, and A. Jomi districts of the Khatlon region.

Starting from March 2021, the country was hit by a number of extreme weather events, including sharp fluctuations of temperatures, heatwaves, and frost during the spring, resulting in the full or partial loss of productivity of early vegetables and fruit trees.

In addition, in the beginning of May, a series of floods and mudflows destroyed croplands, pastures, and livestock, and damaged houses and other facilities, severely affecting the most populated districts of the Khatlon and Sughd regions.

“Immediately after the disasters hit Khatlon, FAO, jointly with other UN agencies, launched missions to assess the situation and define the most vulnerable members within the rural communities who has lost their harvests,” explained Oleg Guchgeldiyev, FAO Representative in Tajikistan. “In Tajikistan, many rural families depend on agriculture for their food and livelihoods. Therefore, FAO aims to reach out to the vulnerable population and will continue helping the most vulnerable people and families to recover their livelihoods.”

“The flood devastated our livelihoods and completely washed away our crops. Due to the lack of resources, we could not afford purchasing vegetable and legume seeds to plant for the second time,” said Sarvarbi Sharipova, a female farmer from Ziraki village, Ziraki jamoat, Kulob city. “I am very grateful to FAO for providing us high quality seeds.”

In recent years, more nature-induced disasters are affecting rural areas and livelihoods, and damaging the infrastructure. The country is vulnerable to climate change and environmental catastrophes, such as floods and mudflows that are increasing in frequency.

The flood and mudflow this spring damaged around 6 188 ha of arable land, livestock, and other infrastructure, as well as washed away household belongings.

This activity is part of the project on emergency preparedness and response to multiple crises in Tajikistan, funded by the FAO Technical Cooperation Programme. It aims to secure livelihoods, and feed and provide food security for the population. 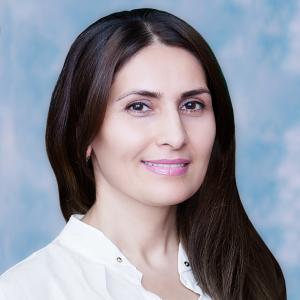 UN entities involved in this initiative

FAO
Food and Agriculture Organization of the United Nations

Goals we are supporting through this initiative